The Proven Benefits of Wearing An Angel Pendant 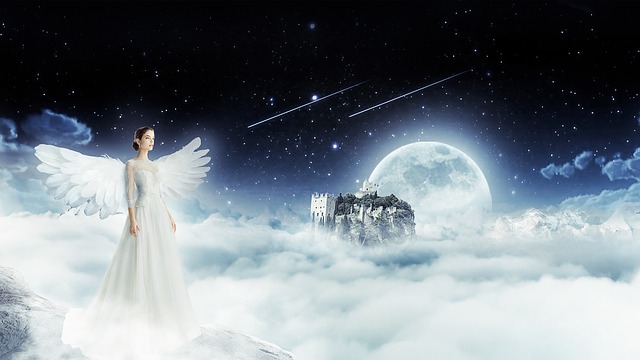 The Benefits Of Wearing Your Angel Pendant

Angels Are Part Of A Universal Language Of Love.

Many people want to know about the benefits of wearing an angel pendant. The wearing of beautiful, holy objects such as Angel Pendants, items which have been created with an intuitive knowing, to act as angelic, spiritual connectors for the wellbeing, good fortune and protection of their owners is both a mythical and sacred unfolding known to unlock the power of the collective conscious. Angel Pendants speak of love and comfort throughout time to all humanity

When we are children the world is a very powerful place because we are constantlycreating magical experiences with everyday things. We feel the excitement of the ocean waves, even though our ship is just a cardboard box.

We believe, therefore we feel. As children we are truly creators defying the dogmas and so called laws of science yet as we grow up common magic gradually gives way to materialism

Angels are symbols of kindness. 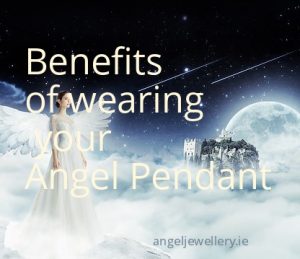 Mystic and Shaman traditions and even Christian traditions have long regarded that the simple act of coming into physical contact with any holy item will help create life enhancing blessings and benefits.

Science, though it tries hard to hold onto what it calls it’s rational laws of materialism, is beginning to come around to this idea too.

Even though it goes against the grain to fully support the idea that objects have power, research has now kindly provided substantial evidence that throws some areas of science into serious trouble.

The Hidden Reality of Angels In Our World. 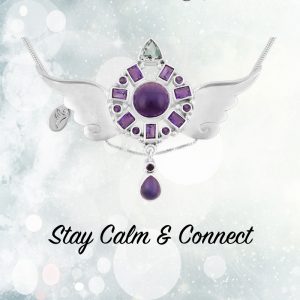 Though our current scientific world view states that life has no actual purpose and that all matter is purely mechanical, we’ve got to remember that this dogma is comparatively new..

Along with this goes a belief that memory and consciousness is inside our our brain, that plants, animals, planets and stars have no conscience, that we are the only beings with consciousness, and our thoughts and intentions have no power outside of ourselves.

These commonly held scientific dogmas are simply beliefs that came about a little more than one hundred years ago and are now outdated by the recent revelations of Quantum Mechanics.

Quantum Mechanics has shown that particles of energy are not fixed to one particular place or form and do not obey the rules of the old mechanical world view as we have been led to believe..

Particles actually change their form and are not consistent. In other words they behave according to the consciousness of the observer.

Angels in the eye of the beholder.

Some people even go as far as to say that matter would not exist at all if we were not here to observe and create it. This of course leads us to the laws of attraction, and leaves scientific materialism standing on it’s head.

Eastern science and philosophy have been telling us this for thousands of years. One see’s the world as one expects to see it, or what one believes or thinks about consistently is how one experiences reality, i.e one creates reality by their thoughts and beliefs.

In the eastern world view, even today many still practice ancient arts and healing modalities that require nothing but the intuitive movement of the healer’s hands inches above the patients body.

Their science includes the medicinal use of plants, crystals, vibrations from musical notes, singing bowls, chanting and the favourable positions of the planets and stars to bring about a patients return to health, mentally as well as physically.

Angels Speak A Language Older Than We First Believed.

The story of Angels, of messengers from other realms bringing comfort, wisdom, and protection to us here on earth is an very old story indeed, takes us back to the earliest of civilisations and pre dates Judaism and Christianity by many thousands of years. 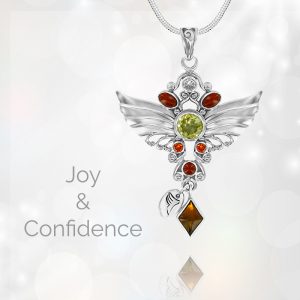 Discovery of the Gobeki Tepi settlement in southeastern Turkey has changed the way we think about Angels and the way archaeologists think about the origins of civilization.

The collective consciousness of Angels.

There in it’s magnificent circular structures and elaborately carved stones are carvings of winged creatures older than any ever found before in history, more than 12,000 years old—older than the invention of agriculture or even pottery,

This is the oldest evidence that winged messengers from another realm truly are deeply connected to our development from as far back as history can now take us.

Angels, Archangels are deeply rooted in our subconscious and in this way they can do amazing things for those who ask for their help.

Some claim the power of Angel pendants depends entirely on the faith their owners place in them but I believe they do just as well when their owners are sceptical or even unaware of their purpose partly because of the gemstones in the pendants and how they work.

.Read about how they work here

Wearing An Angel Pendant As A Symbol Of Joy And Positivity.

There are many benefits that come from wearing an Angel Pendant. The Archangel Jophiell, Angel of joy and abundance will uplift the wearer’s mood because the Angel is in harmony with the energetic force of joy in the universe.

Research is beginning to reveal that raising our vibration and thinking positively is about much more than just being happy or displaying an upbeat attitude.

Positive thoughts can actually create real value in your life and help you build skills that last much longer than a smile, in other words, when you are experiencing positive emotions like joy, contentment, and love, you will see more possibilities in your life.

Positive emotions broaden your sense of possibility and open your mind up to more possibilities of success on all levels. People who have acquired my Angel Pendants have found over and over again that there have been positive changes in their lives.

Read what some people have told us in our Testimonials.

“My sincere wish is to create jewellery that nourishes women’s soul, and that Angels will re-connect them to their power, and support them to live an amazing life”

In love and peace. 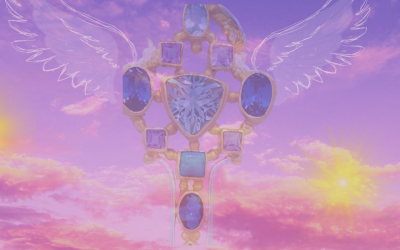 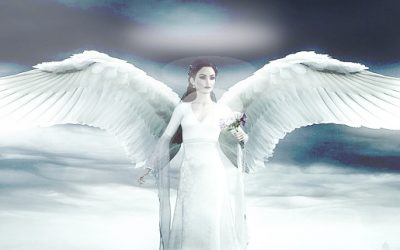 6 Amazing Ways To Connect With Your Guardian Angel

How To Easily Connect With Your Guardian Angel Ask four people if they believe in angels' existence and what they think an angel is, and you will get four different answers. Some people believe that when we die, we will go to heaven to become angels ourselves if we... 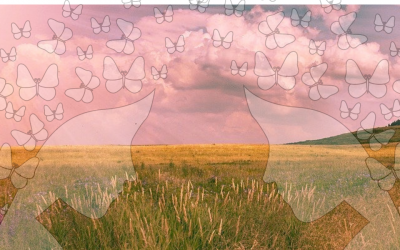 How To Stay Grounded With The Help Of Angels

« Older Entries
Currency conversions are estimated and should be used for informational purposes only.

A Little Treat From Us

To Immediately Receive Your 15% Discount Code Please Enter Your Details Below For Up To £30 Off Your Purchase!